How to save fuel: The best ways to cut fuel costs for your business

Amsterdam, 29 February 2016
Almost two-thirds (65 per cent) of British motorists are less inclined to do business with companies whose drivers drive unsafely or discourteously, according to research conducted on behalf of TomTom Telematics. 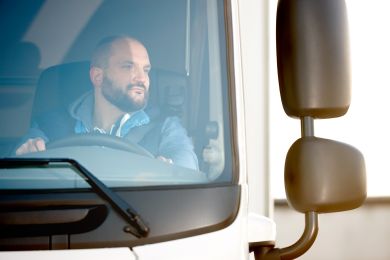 The survey, which addressed more than 1,000 British consumers1, found that van drivers were the least likely to be considered the safest or most careful road users, with only 3% of respondents selecting them in this category. High performance and sports car drivers (four per cent), taxi drivers (eight per cent) and truck drivers (eight per cent) were also in the bottom four. This suggests telematics has a huge opportunity to support British businesses by helping them improve standards and create better public perceptions.

‘I think business owners may be surprised by the results of this survey and the extent to which poor driving standards can impact on their companies,’ said Taco van der Leij, VP Marketing at TomTom Telematics. ‘But help is at hand. Telematics technology can play a key role in helping companies tackle issues around driving standards by providing employees with access to the appropriate training, guidance and technological aids.’

Van der Leij continued: ‘While telematics has traditionally been the focus of fleet managers and operations directors, this survey clearly shows that it should also be on the radar of the marketing department. By improving how they are perceived on the road, businesses can establish themselves as responsible brands worthy of consumer trust.’

When it came to the most polite and courteous road users, van drivers were again bottom of the list, tied with drivers of high-performance and sports cars (both three per cent). They were closely followed by SUV drivers (four per cent) and truck drivers (five per cent).

At the other end of the scale drivers of small and compact cars are considered the safest on the road (27 per cent), closely followed by drivers of saloon cars (23 per cent), while bus and coach drivers came in third with 17 per cent. Small and compact car drivers also finished top when it came to the most polite and courteous drivers on the road, taking 26 per cent of the vote.