Amsterdam, 13 July 2017
More than a fifth (21 per cent) of UK companies whose employees drive for work purposes have no road safety policy in place, new research has revealed.

The study by TomTom Telematics among senior managers at 400 UK businesses1 found a further four per cent did not know whether their organisation had a defined policy.

At the same time, 60 per cent of respondents said staff members had been involved in road traffic accidents while on business duty, with 78 per cent claiming this resulted in lost productivity due to injury or time off work.

‘Driving is one of the most high-risk activities the majority of workers will conduct as part of their job, but is too often seen as a poor relation when it comes to workplace health and safety,’ said Beverley Wise, Director UK & Ireland at TomTom Telematics. 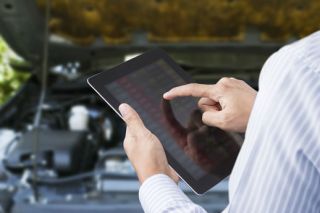 ‘A best-practice approach is necessary if companies are to effectively safeguard staff and reduce their risk exposure. If the appropriate action is not taken, they could even leave themselves open to prosecution under the Health and Safety at Work Act or Corporate Manslaughter legislation should employees be killed or seriously injured.’

The research also found only 64 per cent of organisations have processes in place to profile the risk posed by individual drivers, based on factors such as driving behaviour or previous convictions.

Less than three-fifths (57 per cent) of companies provide driving training and of those that do, 38 per cent provide it once every six months or less. Just over half of all businesses (53 per cent) provide drivers with technological tools or driver aids to help them drive more safely.

Wise added: ‘Businesses should also be aware that a proactive approach to road safety can deliver further business benefits. By employing technology to monitor driver behaviour and providing drivers with live feedback, supported by targeted coaching and training, it is possible to reduce fuel spend, cut insurance premiums and boost productivity.’