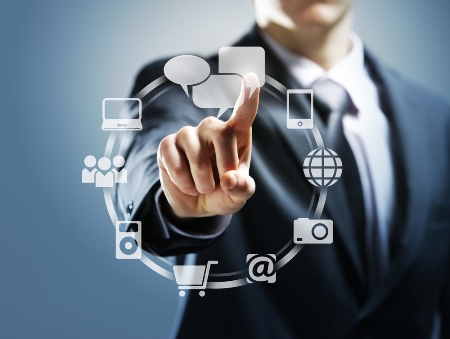 As our understanding of telematics develops even further, so too will its application. The future is closer than you think – here we reveal the top 10 most exciting innovations in the rapidly evolving world of telematics…

Modern telematics systems are already capable of analysing driving style and providing comprehensive feedback to both managers and drivers in real time.

Drivers have the power to correct their behaviour in real time, but maps which provide metre-by-metre, hour-by-hour, day-by-day accuracy would allow behavioural monitoring systems to become even more intuitive, to the point where the braking system could react automatically if it detects a driver is going too fast on a given section of road.

For example, the telematics system would automatically know if a 90-degree corner was approaching in 200 metres and could adjust the speed accordingly if a driver had failed to properly judge the severity of the bend. Similarly, if a vehicle’s data highlighted heavy rain up ahead, brakes and wheel sensitivity could be adjusted to suit the conditions automatically.

Find out how modern telematics systems can already cut £000s off your fuel bill with our ‘Top fuel saving tips for businesses’ guide.

Smartphones can work hand-in-hand with advanced telematics technology to create a seamless IT operation that encompasses all aspects of life – from business to your home, car and leisure time.

Imagine a situation where you book a tradesman while you at the office. You subsequently receive a message directly to your phone telling you exactly when that tradesman will arrive at your house. Instead of having to wait in for half a day at home or take holiday, you will only need to travel home when absolutely necessary, allowing you to maximise work or leisure time.

Your device can also tell you exactly how long it will take for you to travel home to greet the tradesman and provide you with the best possible route, taking into account traffic congestion. Extending the idea further, deliveries could be sent to your exact location, pinpointed according to the GPS signal from your smartphone, whether that’s home, work or even the local coffee shop.

A new service from Volvo will allow couriers to deliver customers’ orders (or collect returns) directly from their parked vehicle. Volvo on Call is a smartphone app that allows drivers to control their car remotely. It will allow delivery companies access using a smartphone key and smartphone location services.

In November 2013, the first ‘autonomous-drive’ car steered, braked, accelerated, merged into traffic and changed lanes independent of a driver in Japan. The electric Nissan LEAF uses cameras, laser scanners and radar to keep a safe distance from other vehicles and identify traffic lights, road signs and pedestrians. The company claims that commercially viable versions will be available as early as 2020.

Volvo Trucks and Scania have been leading the vanguard for ‘platooning’ in Europe where a line of semi-autonomous vehicles follow a lead truck, automatically maintaining the same speed and (short) distance between one another. Not only does this free up more road space to other vehicles, it also produces less air drag which may mean lower fuel bills and CO2 emissions (up to 20% according to Volvo Trucks).

Although public transport methods that requires dedicated infrastructure to be built will inevitably face challenges with mass-adaptation, once self-driving cars have become commonplace, automated public transport pods could help to tackle congestion and town planning problems.
Such pods would not need to be manned by a driver, nor fixed to a track. Instead they would follow dedicated travel lanes across a town or city, reliant on accurate GPS and intricately detailed mapping to steer them around bends or obstacles.

If maps were updated by the minute, pods could even be re-routed to avoid accidents, roadworks or heavy congestion, improving the reliability of public transport with help from telematics. The higher density of transport would mean fewer congestion problems and the reduced need for parking would ease space issues in major cities.

Each user of automated transport might use the soon-to-be-launched Apple Pay system, simply tapping the phone and pressing the Touch ID sensor on the iPhone to pay for each journey in seconds.

Milton Keynes is, in fact, set to trial a driverless public transport system as early as 2015, with passengers able to hail pods using a smartphone app, and to check their emails or browse the internet. The 20 trial pods will include steering wheels or joysticks for control but, when the full system is launched in 2017, navigation will be based on GPS, high definition cameras and ultrasonic sensors.

Standard installation of the eCall system, a European Commission-backed scheme that enables vehicles to automatically contact the emergency services in the case of an accident.

All new cars and light commercials sold in the EU from 1 October 2017 will be mandated to include network connectivity, helping to bring much more rapid support to motorists involved in a crash.

Telematics black boxes and entertainment systems will be merged together in one unit, bringing new infotainment options to drivers stuck in static traffic or waiting for someone.

Your favourite newspaper could be read aloud, Pay Per View Movies watched, in car games for passengers played or music system files synced with the Cloud.

It has been claimed that the ‘connected’ car – a vehicle equipped with in-built internet access – is the third fastest growing technology, with only tablets and phones ahead of it.

With the combined power of the internet and GPS, vehicles will be able to provide notifications which are tailored to both the driver’s preferences and the locality in which he is driving. Alerts could be set for a favourite fast food restaurant, or special offer coupons sent for nearby attractions.
Drivers will also be able to connect with other drivers on the road, communicate via social networks, and even potentially develop virtual car pooling to help save on fuel costs.

Better voice control and touch based technology and camera tracking of user motions means that one day, drivers may be able to issue instructions to the car with a simple move of their hand or a few words.

Vehicle-to-Infrastructure (V2I) technology looks likely to gain significant traction in the near future. It allows vehicles to communicate not just with each other but with the local infrastructure using a Wireless Local Area Network. Two-way links between vehicles and roadside infrastructure could update drivers on everything from vacant parking spaces and troublesome roadworks to adverse weather conditions.

Traffic light systems, for example, can share information on their phase times allowing a driver support system to highlight the optimal driving speed for catching all the lights on green. In China, trials into changing the traffic light when a public bus is approaching are underway to help ease the traffic flow of public transport and improve fuel efficiency.

Innovation 10: The rise of the ‘internet of things’

The internet of things – the interconnection of everyday objects via the internet – is set to impact further on telematics. From vehicles that can identify a sharp drop in temperatures and turn on heating at home to smartwatches or other ‘wearables’ that can unlock the vehicle as the driver walks up to the door without a touch.

In January this year, Hyundai unveiled its Google Glass app, which will allow drivers to get alerts for maintenance intervals, find their car in a car park, remotely start and unlock the vehicle or get directions before they get into the car all through Google Glass.

A sales fleet driver, for example, could start their car remotely from their hotel room, get directions to find petrol and breakfast as they are walking to the car, and then send the information to the car’s GPS with a simple voice command.

In the short term, I believe it is Innovation 2 which will cause significant disruption to organisations operating delivery and service fleets. A large and increasing percentage of fleet operators’ customers – armed with a smartphone, expects to order on this device, be provided with a narrow time window when the service will happen, and then monitor progress as the service ‘whatever that maybe’ progresses towards them. It will cause disruption, because it is technically possible now, and potentially if existing fleet operators hesitate to offer it – new service providers will. Uber is a good example of this in the private hire market – leveraging available technology to provide customers something very simple – what they want. I think it will be a disruption to fleet operators, because when you look at the component parts to deliver this type of experience – telematics, route planning and scheduling solutions, mobile worker applications – firstly uptake of all these technologies is low (telematics around 30% of fleets in UK for example), secondly it is necessary for all these components to connect through open API’s (which is not possible with a number of legacy solutions), thirdly for an established fleet operator – change is more difficult where business cases, investment requests, change management etc is required. But for an agile newcomer, with a lot of these services provided as SaaS – it is easier to launch services which customers want.

I like Innovation 1&2 but for 3 to become existent, telematics would need to be fully integrated. But for now, with driverless cars already being rolled out, it is only a matter of time.

With the rest as Stuart already mentioned, this will cause a big disruption in the business landscape

The Final Word on Van Regulation

Commercial Vehicle Insight: Is Enough Being Done to Ensure the Safety of Van Drivers?

Your Guide to Van Safety Tech, Now and in the Future