Fleet management solution for your fleet in Birmingham

Are you looking for a fleet management solution for the Birmingham region that provides you with real-time information about the location of your vehicles? Do you also want to communicate directly with your drivers, dispatch jobs, track a mileage logbook, improve driving behaviour and save on fuel? Our vehicle tracking and Active Driver Feedback help you with this challenge in a busy city like Birmingham. 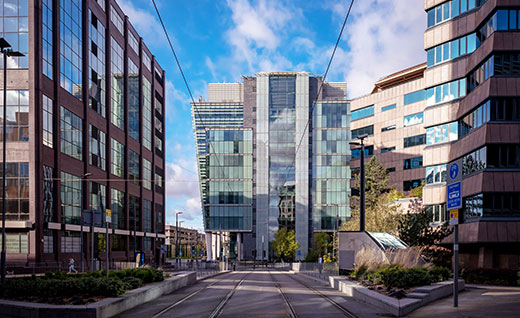 Birmingham – a busy hub for transport, business and culture

Birmingham is often referred to as the UK’s “second city” after London. Rich in industrial heritage, the modern city boasts more miles of canals than Venice and more Michelin standard restaurants than any other city outside the capital. It is an important centre for commerce, culture and education with no fewer than five universities. In addition, important conference venues like The NEC (National Exhibition Centre) and the Inter­na­tional Convention Centre (ICC) host over 320 exhibitions every year attracting visitors from all over the world. 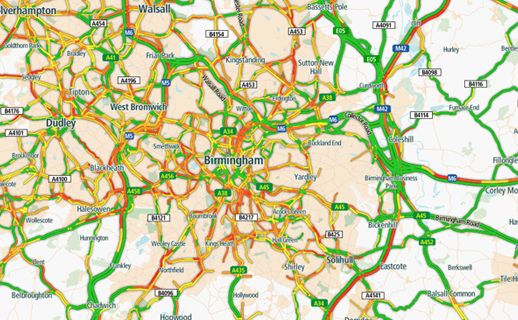 The challenges your drivers & vehicles face in Birmingham

Birmingham is a vital UK transport hub and a focal point for rail, motorway and even canal networks. Served by four main motorways – the M5, M6, M40 and M42 – the city is famous for the Gravelly Hill motorway interchange known as “Spaghetti Junction” where the M6 joins the A38 Aston Expressway in a seemingly baffling tangle of flyovers and slip roads. The M6 also passes through the city on the Bromford Viaduct which, at 3.5 miles (5.6km), is the longest bridge in the UK. Comprising many outlying districts including West Bromwich, Smethwick, Aston and Sparkhill, Birmingham’s footprint stretches all the way out to its inter­na­tional airport 6 miles (9.7km) east of the city.

Why is a fleet management solution partic­u­larly useful in a congested city like Birmingham? With so many districts and the navigation challenges posed by a complex network of roads, getting around isn’t always easy. Due to heavy traffic during the day and specifically in peak hours, each vehicle spends about 26%¹ more on the road (a total of 11,169 miles¹ in and around the city). That means an average commercial vehicle driver wastes more than 112 hours¹ per year while sat in traffic. Translate that into an approximate loss of £144,184,320² for businesses in the Birmingham area, and you have your answer.

Some of the disctricts around Birmingham where Webfleet Solutions is active: