Fleet management solution for your car fleet in London

Are you looking for a fleet management solution for the London region that provides you with real-time information about the location of your vehicles? Do you also want to communicate directly with your drivers, dispatch jobs, track a mileage logbook, improve driving behaviour and save on fuel? Our vehicle tracking and Active Driver Feedback help you with this challenge in a busy city like London. 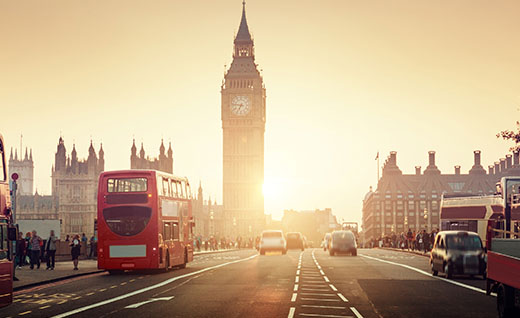 London - The iconic and historic capital of the UK

Truly a world class city, London is the UK’s capital and largest city. It is a magnet for tourists with a host of attractions ranging from the Tower of London to Big Ben, from Buckingham Palace to St Paul’s Cathedral, from the Natural History Museum to the Tate Modern. The area known as the City of London is a focus of inter­na­tional trade, finance and foreign exchange. It is home to many leading football clubs from the English Premier League as well as a thriving hub for many other sports. Its population of around 8 million is swelled by the annual influx of tourists which can make getting around a challenge at the best of times. 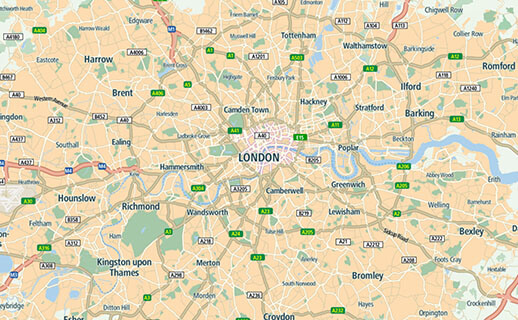 The challenges your drivers & vehicles face in London

Congestion has long been a problem in London and many people prefer to take public transport including the extensive tube network and bus routes. The intro­duction of a congestion charge has reduced the number of vehicles on the roads but choke points still remain. Suburbs and districts including Clerkenwell, Covent Garden, Finsbury and Billingsgate are served by important routes like the North and South Circulars. The M25 goes right around the outside of the city but is notorious for jams. Other important routes include the A100, A1203, A201 and A3. The A1 and M1 link the capital with the north. London is also served by various airports including Heathrow, Stansted and Gatwick.

Why is a fleet management solution partic­u­larly useful in a congested city like London? Due to heavy traffic during the day and specifically in peak hours, each vehicle spends about 40%¹ more on the road (a total of 30,417 miles¹ in and around the city). That means an average commercial vehicle driver wastes more than 152 hours¹ per year while sat in traffic. Translate that into an approximate loss of £264,516,480² for businesses in the London area, and you have your answer.

Some of the disctricts around London where Webfleet Solutions is active: