Fleet management solution for your fleet in Cardiff

Are you looking for a fleet management solution for the Cardiff region that provides you with real-time information about the location of your vehicles? Do you also want to communicate directly with your drivers, dispatch jobs, track a mileage logbook, improve driving behaviour and save on fuel? Our vehicle tracking and Active Driver Feedback help you with this challenge in a busy city like Cardiff. 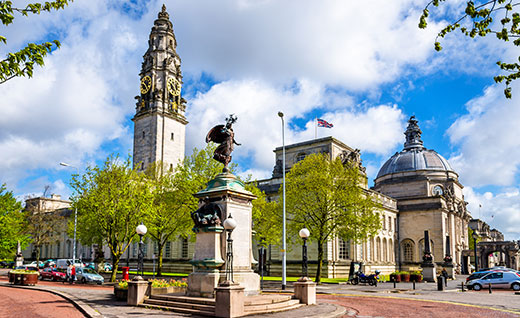 Situated on the River Taff, Cardiff is the capital of Wales and its largest city. It is home to the Welsh National Assembly at the splendid Senedd building as well as no fewer than three universities plus the Royal Wels College of Music & Drama. As an important commercial centre, Cardiff hosts the HQs of major companies such as Legal & General, The AA and SWALEC Energy. Attracting millions of visitors every year, Cardiff is a top tourist destination as well as a centre for world class sports including rugby, football and cricket. 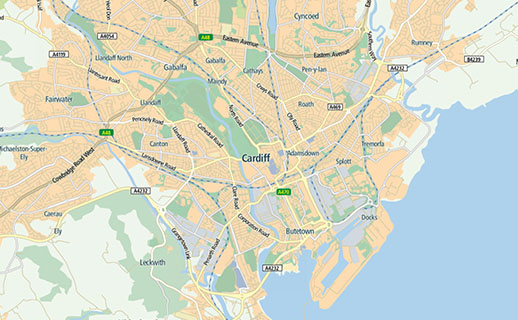 The challenges your drivers & vehicles face in cardiff

Like any capital city, Cardiff is very busy with traffic. With a large population which is swelled by tourists in the summer months as well as sports fans (especially coming to the huge Princip­ality Stadium), traffic can also be unpre­dictable. The main motorway serving the city is the M4 which connects Cardiff to Swansea and, ultimately, to cities further afield including London. A number of major trunk roads including the A48, A470 and A4232 provide access to the many suburbs and outlying districts including Penarth, Morganstown, Danescourt and Llandough. Cardiff is also served by rail from Cardiff Central railway station and by air from Cardiff Airport.

Why is a fleet management solution partic­u­larly useful in a congested city like Cardiff? Due to heavy traffic during the day and specifically in peak hours, each vehicle spends about 27%¹ more on the road (a total of 1,775 miles¹ in and around the city). That means an average commercial vehicle driver wastes more than 119 hours¹ per year while sat in traffic. Translate that into an approximate loss of £10,795,680² for businesses in the Cardiff area, and you have your answer.

Some of the disctricts around Cardiff where Webfleet Solutions is active: