Fleet management solution for your fleet in Edinburgh

Are you looking for a fleet management solution for the Edinburgh region that provides you with real-time information about the location of your vehicles? Do you also want to communicate directly with your drivers, dispatch jobs, track a mileage logbook, improve driving behaviour and save on fuel? Our vehicle tracking and Active Driver Feedback help you with this challenge in a busy city like Edinburgh. 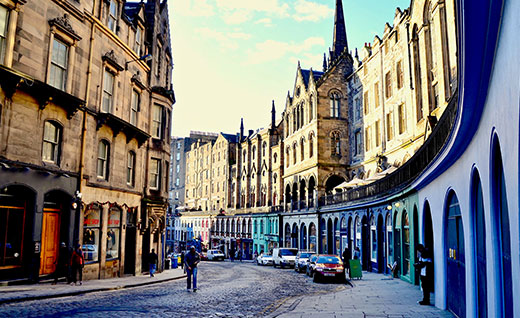 Edinburgh – a busy centre of tourism, politics and education

The capital city of Scotland since the fifteenth century, Edinburgh is rich in history and culture. Famous for the Edinburgh Festival and the Edinburgh Fringe – one of the world’s largest annual arts festivals – it is also home to the Scottish Parliament. Edinburgh has a population of nearly half a million people and boasts several high profile educational insti­tu­tions including University of Edinburgh. As well as being the UK’s second most popular tourist destination it is also home to major companies such as Bank of Scotland, TSB Bank and Virgin Money. 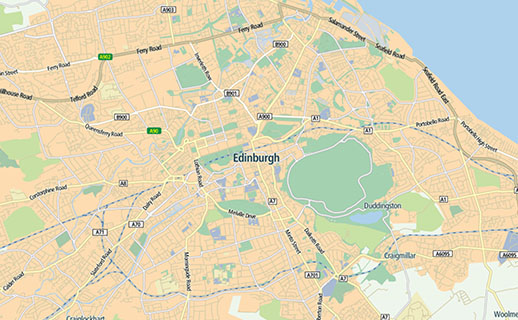 The challenges your drivers & vehicles face in edinburgh

Compact and hilly with a medieval old town and exquisite Georgian new town, Edinburgh can present many challenges to the road user. For locals, buses play a major transport role with most routes running via Princes Street. Although residents voted against a congestion charge, other measures have been taken to ease traffic including six park and ride sites on the edge of the city. The relatively new tram line is also taking some pressure off the roads. Major routes including the M8, M9, M90 A7, A199, A90 and the A1 link Edinburgh to other Scottish cities as well as with England to the south.

Why is a fleet management solution partic­u­larly useful in a congested city like Edinburgh? As the UK’s second largest financial centre and the seat of its government, Edinburgh is always busy. Traffic levels are further heightened by the influx of over one million visitors every year. Due to heavy traffic during the day and specifically in peak hours, each vehicle spends about 40%¹ more on the road (a total of 2,067 miles¹ in and around the city). That means an average commercial vehicle driver wastes more than 165 hours¹ per year while sat in traffic. Translate that into an approximate loss of £15,444,000² for businesses in the Edinburgh area, and you have your answer.

Some of the disctricts around Edinburgh where Webfleet Solutions is active: