Fleet management solution for your car fleet in Liverpool

Are you looking for a fleet management solution for the Liverpool region that provides you with real-time information about the location of your vehicles? Do you also want to communicate directly with your drivers, dispatch jobs, track a mileage logbook, improve driving behaviour and save on fuel? Our vehicle tracking and Active Driver Feedback help you with this challenge in a busy city like Liverpool. 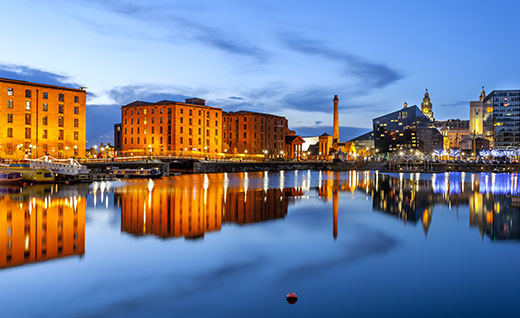 Liverpool - Charismatic city with a style of its own

Situated on the River Mersey in the north west of England, Liverpool is a historic port city. In the past it was an important centre for trade but today it is probably best known for being the hometown of the Beatles and of two English Premier League football teams: Liverpool and Everton. The three universities – University of Liverpool, Liverpool John Moores, and Liverpool Hope University attract thousands of students each year. Liverpool is an important centre for all kinds of culture as well as impressive archi­tecture partic­u­larly on its redeveloped waterfront. 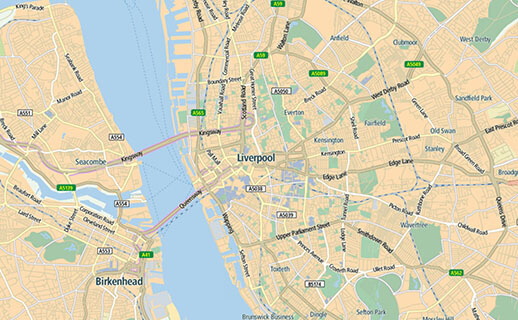 The challenges your drivers & vehicles face in Liverpool

With a population of nearly half a million, Liverpool is one of the largest cities in England. It is linked to the east by the M62 motorway which goes through Manchester and Leeds then on to Hull on the east coast. The M62 also links Liverpool to the important north-south motorways, the M1 and M6. Comprising a large number of suburban districts, including Speke, Hale, Bootle, Walton and the Baltic Triangle, Liverpool’s road network is quite complex. The A562 links the city with Widnes and Warrington to the south while tunnels to the west go to the Wirral. The Silver Jubilee and Mersey Gateway bridges provide access over the River Mersey.

Why is a fleet management solution partic­u­larly useful in a congested city like Liverpool? Due to heavy traffic during the day and specifically in peak hours, each vehicle spends about 30%¹ more on the road (a total of 4,768 miles¹ in and around the city). That means an average commercial vehicle driver wastes more than 111 hours¹ per year while sat in traffic. Translate that into an approximate loss of £10,069,920² for businesses in the Liverpool area, and you have your answer.

Some of the disctricts around Liverpool where Webfleet Solutions is active: