Fleet management solution for your fleet in Southampton

Are you looking for a fleet management solution for the Southampton region that provides you with real-time information about the location of your vehicles? Do you also want to communicate directly with your drivers, dispatch jobs, track a mileage logbook, improve driving behaviour and save on fuel? Our vehicle tracking and Active Driver Feedback help you with this challenge in a busy city like Southampton. 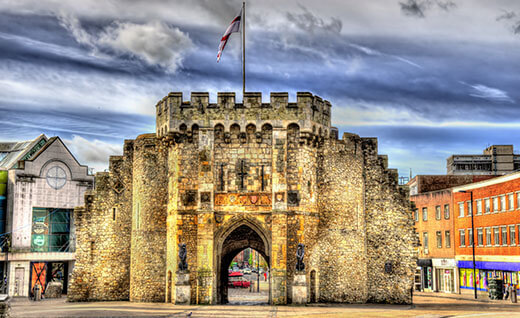 The city of Southampton in Hampshire is an important port city which is home to many large cruise ships. It will always be remembered as the departure point of the ill-fated Titanic’s maiden voyage in 1912 but today it is a thriving and modern port for boats and ships of all sizes. The Sea City Museum highlights the city’s close connection with the sea. Other attractions include the Southampton City Art Gallery and the nearby Solent Sky Museum. The Westquay shopping centre and retail park is a popular destination for shoppers. Southampton also boasts two universities. 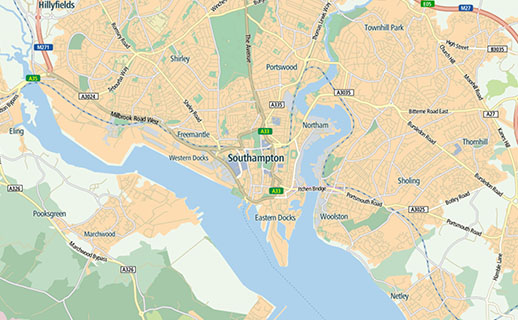 The challenges your drivers & vehicles face in Southampton

As a leading port city with its inter­na­tional connections, Southampton enjoys well established road connections to the whole of the UK. In particular, the M27 links the city with other south coast conurba­tions while the M3 motorway goes to London and the M271 links the Western Docks to the city centre. The wider Southampton area comprises many districts including Chilworth, Hedge End, Maybush and Woolston connected by various A-roads. Altern­atives to road transport include Southampton Central railway station and Southampton airport.

Why is a fleet management solution partic­u­larly useful in a congested city like Southampton? Due to heavy traffic during the day and specifically in peak hours, each vehicle spends about 25%¹ more on the road (a total of 2,165 miles¹ in and around the city). That means an average commercial vehicle driver wastes more than 117 hours¹ per year while sat in traffic. Translate that into an approximate loss of £10,361,520² for businesses in the Southampton area, and you have your answer.

Some of the disctricts around Southampton where Webfleet Solutions is active: